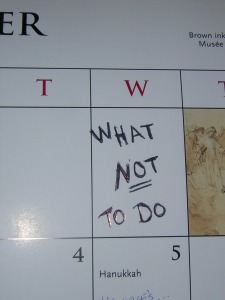 C’mon, you know you’ve done that…hit “sent” twice and off go those two emails, right?
I don’t think people (and by “people”, I mean “editors”) mind the occasional double email. Except when you see that message about not hitting the Submit button more than once. Apparently, that really mucks up the system. (Not that I’d ever do that, but I’ve heard stories…)
What I’m getting to, eventually, grasshopper, is the case of “Did I send that email or did I not?” And “should I annoy an editor about my apparent lack of email sendability?”
As this particular annoying thing happened to me just yesterday, I feel that I’m uniquely qualified to answer. First, I sent an email with my submission in the text. I received a message that the email was sent, sort of. It wasn’t the usual “Your email has been sent, blah, blah, blah,” but it was close. And, since I was hungry, off I went about my business till that little voice in my head said, “Whats-a-matter you? Go check the Sent file and quit obssessing over whether that email was sent!”
Sure enough, when I checked the Sent file, my email to the editor was not there. So, I sent it again, saying please excuse if you’ve already received this lovely email. Because, you know, I still wasn’t absolutely sure. I mean, I distrust all things technical, but love them at the same time. It’s classic love/distrust and please don’t get me started on that.
The editor replied (thank goodness) and said, quite nicely, I thought, that she hadn’t received the original email. So, grasshopper, when in doubt, check it out. Your Sent file, that is. That way, you won’t constantly be sending two! Two! Two emails to one (editor)!

5 thoughts on “What Not to Do Wednesday: Two! Two! Two Emails in One!”