Finding my way back to writing–or more specifically, the joy I once found in creative expression–has been a challenge. But sometimes, creativity finds me and drags me along on new adventures.

That was the case this week when Juniorette Hall found a Tiny Lantern Workshop and paid for my ticket and…well, she knows I’m a sucker for tiny stuff so off I went. Because also, and most importantly, she offered to drive into the Big City.

I just now realized that you’re probably wondering what the heck is a Tiny Lantern Workshop, but before I can explain that you need to know about the Lantern Parade. Read all about it here or just watch the video of the parade from last year:

So yeah, it’s pretty crazy with all the HUGE lanterns lighting up the Atlanta Beltline.

This year, the Tiny Doors folks (you remember my Tiny Doors adventure, right?)  decided to join forces with this artsy fun by inviting people to make tiny lanterns for the parade. Thus, the Tiny Lantern Workshop. 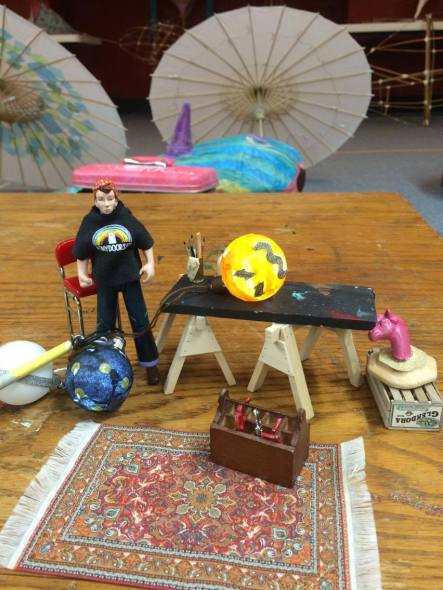 That’s Rosie, the Tiny Doors…um…mascot? Anyway, those lanterns on the tiny worktable (and the floor) are Juniorette’s. She was all about a Halloween theme (pumpkin, bat, and ghost). Whereas my theme was mostly My Favorite Things. I made a red and black football lantern (cleverly including UGA and the Falcons) and a beach lantern with waves and sand on it, both quite lovely. But then I found some words on a page in my purse.

They’re not my words. I had A Psalm for the Dying by Edward Hayes with me (we had read it at Mister Man’s graveside service just this past weekend) and I took some of the lines and sort of cut and pasted them into this:

after I am home in the bosom of God

I will still be present

Whenever you are in need, call me

for my roots and yours are forever intertwined

So, creativity caught up with me and it was good.

Come September, I might even walk in the Lantern Parade. But only if Juniorette Hall’s driving.

So March 31st already–holy cow, 2015 is zipping along! And it occurred to me, looking at the March calendar page above my desk, that I’d actually accomplished most of the tasks I’d set for the month. Some of which I’ve been blah-blah-blahing about or asking for your help with, so I thought I’d share results:

The Wisestamp email signature (and thanks for your input!) ended up like this:

The Middle Grade work-in-progress (first draft) is stick-a-fork-in-it done! I’ll let those 40,000 words simmer a bit before tackling the revision in April. And though I don’t like saying too much about a story before it’s really finished finished, I will share that it’s a funny, contemporary mystery. (Again.) And there might be a ghost. (Again.)
And all those books I wanted to read before the SCBWI Springmingle conference? Read ’em. Thoroughly enjoyed them, too. If you take a look at my Goodreads shelves, (the widget in the sidebar only lists what I’m currently reading) you can find out more.
Wait. What? You’re not signed up for Goodreads? But you’ll love it! It’s free and fun and just the task to start off your April. And if you’d like to share what you accomplished in this runaway March, toot away.
Um. You know what I mean. 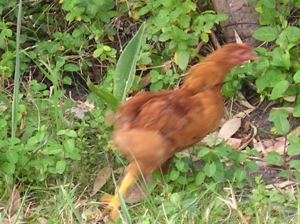 If you’re the observant type, you’ve already noticed the badges over in the sidebar. There’s one for NaNoWriMo and one for PiBoIdMo, and the calendar for Picture Book Month is there, too. So, a couple things.

If you’re not sure what I’m talking about, you can zip over to my Muffin post where I explain all those letters and what they mean. And how you can join in the fun. New writers are popping up and popping in here every day so I want you to know what everyone in the writing community is blathering on about all November. Because honestly, it’s not like we’re going to  work in silence.

November is going to be busy, busy, busy! I’ll be revising a novel and thinking up ideas and reading, reading, reading. I hope I’ll be learning, learning, learning, too.  And all that writing, writing, writing keeps Cathy running around like a chicken with her head cut off (or perhaps a chicken trying to keep her head). But even a speedy chicken can come up with a post or two and a couple surprises, so I hope to see you around. But if you’re also pushing through November, trying to make word counts and idea deadlines, I’ll completely understand.