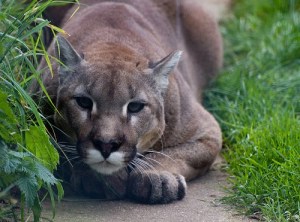 Way back in 2010, I gave you a heads up about this fun anthology call-out over at Mozark Press called A Shaker of Margaritas, Cougars on the Prowl. But if you’re like me, you la-ti-da’ed around, forgetting all about the story you were going to write.
And now, yeeeooow! According to an email I just opened, it’s last call for the Mozark Press stories! There is absolutely no time to piddle around. You must pounce on that idea. Think cougar. Think Boomer Lit. Think Heavens to Murgatroyd!
And if you don’t have any idea what Heavens to Murgatroyd! means, you’re probably not a person of a certain age. You probably remembered to write your 1500 to 3,000 word story way back in 2010 when I told you about this submission opportunity.
But for the rest of us, it’s exit, stage left (to write)!
(Thanks to Harlequeen at Flickr for the photo!)

6 thoughts on “Monday Mail: Cougars on the Prowl”