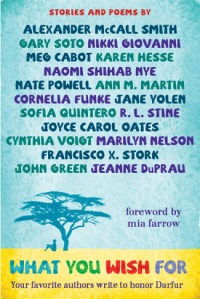 When I saw an essay contest sponsored by the Book Wish Foundation, I thought, “Yippee! I can do that!” I mean, I write essays all the time, right? All I had to do was get the book, What You Wish For, read the stories and write an essay relating one of the story’s themes to the plight of the Darfuri refugees.

Simple. Except first, I had to find the book. Well, whee! It was available from my local library. And then I read the applicable stories. They’re written by some of the most recognizable names in the Young Adult market ( Meg Cabot, Cynthia Voigt, Karen Hesse, Jeanne DuPrau, Francisco X. Stork and Ann M. Martin), so that was some pretty delightful reading. And then I had to read up on the Darfuri refugees. And that was not quite so delightful. In truth, it was heartbreaking.

But reading about the Book Wish Foundation and the work they do in Chad for the refugees gave me a glimmer of hope. Because I truly believe books can open our hearts and minds to making a better world. And so suddenly, writing this essay became much more than a contest to win. It became a mission. I wanted to write the best darn essay that I could. But I also wanted to make a difference.

So, first, I returned the book to the library and bought the book. I read the six stories again until I found one that really spoke to me. Then I took Jeanne DuPrau’s story, “Pearl’s Fateful Wish” and lived with it for awhile. Finally, I began to write my essay.

I wished I’d win that contest because seriously, who wouldn’t want to win a novel critique from Nancy Gallt (Jeanne DuPrau’s agent)? But getting that essay written both challenged and enlightened me. Winning the contest was an unexpected wish fulfilled.

13 thoughts on “What You Wish For” 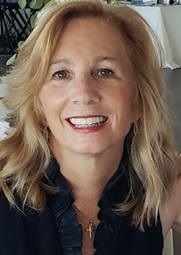 Fishing for ideas, serving ’em up in children’s books. And wrangling Libs, the Tiny Terror. Way harder than it looks.