The last couple days, I was unplugged. I had no internet. No TV. Here is what I did:

I finished Joshilyn Jackson’s THE GIRL WHO STOPPED SWIMMING. (I liked GODS IN ALABAMA much more than this one, but girl can write.)

I visited with the parents and learned that my mother thinks a lot about Barbara Bush. (“If I were Barbara Bush, I’d have people doing everything for me. Tying my shoes, everything. I wouldn’t have to do anything.” My dad would probably say she doesn’t have to do anything now. But I just laughed and commiserated with her. Though honestly, Barbara’s fine and all that, but I rather like my plain-as-dirt mom.)

Here is what I didn’t do:

I never quite got around to writing. Which is very odd indeed because I’m almost always writing something, even if it’s just to scribble notes. And if I’m not actually writing, I’m thinking about what I will write.

Apparently, when I unplugged from the Internet and TV, I unplugged from writing as well. But I’m fine with that, because in the end, I did make a connection. It just happened to be with people instead of words.

(Oh! I almost forgot! The winner of Eric Trant’s WINK is GAIL! Thanks to all who left wonderful comments, and Gail, I’ll be in touch!) 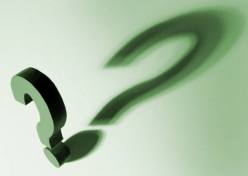 So…I’ll be without internet for a few days. Stinks for me. But for you, it’s a golden opportunity to be a winner. Why?

Because you have a couple more days to comment and win Eric Trant’s novel, WINK. WINK is a supernatural thriller that sounds like it might have psychological elements as well. Which brings me to my next bit of information.

How many times have you wondered where a book fits, genre-wise? I mean, what’s the difference between thriller and suspense? Suspense and mystery? Steampunk vs. dystopian? What’s the line between upper Middle Grade and Young Adult?

Honestly, it can be confusing. But it’s important to know where your book fits. It helps you pitch your book to an agent. It helps the agent sell your book to a publisher. And it definitely helps the publisher get your book in the hands of the target audience of readers.

So when I ran across this Genre Map, courtesy of Book Country (A Penguin Community), I was thrilled.

Of course, there’s a big difference between being thrilled and thrillers like WINK. And thanks to that nifty map, I’ve got it all figured out.

Author Eric Trant is here today on a WOW! Book Tour, sharing his wisdom on branding yourself as a writer and the perils therein. And honestly, he made me smile–and nod in agreement. The man makes some good points. So on to Eric and his good points:

Why is that? you may ask.

Well, I answer, it’s simple. It’s because once you learn something, and once you become good at it, people will want you to do that thing you learned and are good at.

Let’s say you like old-school sci-fi, Heinlein and Azimov and Clarke, but everyone believes Young Adult (YA) fantasy is hot right now, and so you write a YA fantasy book. It stinks, but YA fantasy really is hot and you land a contract and it’s all hands on deck, hallelujah! The book takes off even though it is not your best work, and the publisher asks that you write a second novel in the trilogy. It wasn’t a trilogy, that’s what you say, and they respond, Well, it is now. Wah-kiche.

That last part is the whip cracking.

So with bloody fingers you crank out a second novel and when you get to the third book they say, Split the last one into three books. These things stink like last week’s diapers, but the kids can’t get enough of it! Thank God for public schools!

You write more and they sell like crazy, and when you are famous and the movies are finished and you are rich and fat and completely loathing yourself for what you did to America’s youth, you begin work on your true passion, a space-opera about the last planet around a dying sun with deeply-drawn characters and stunning visuals and moral dilemmas and lessons and Holy cow, this is your crowning work! We’re talking Hugo! Heck, we’re talking Pulitzer!

Wrong. Nobody reads your magnificent space-opera because you are a YA fantasy writer who writes hack YA fantasy novels that are rebirthed as unwatchable YA fantasy movies.

Be careful what you learn!

What are your thoughts? Have you ever become good at something you wished you had not? Do you apply this rule to your writing, and to your career and life in general?

PS. I don’t mean to pick on YA fantasy or imply it is cut-rate writing. YA is nothing more sinister than a well-written story that involves children as the main characters, and fantasy is nothing more mysterious than bending the rules of reality. I personally favor that genre considerably, as anyone who read Wink can attest.

I’m right, right? Very good points. But I suppose I should add a caveat to Eric’s sage advice. You have to learn something–and be really good at it--to be branded. Which brings me to Eric Trant’s novel, WINK.

In this thriller set in a rural Gulf Coast town, Marty Jameson finds refuge in the attic from his mother’s abusive rages. But only during the day. At night the attic holds terrors even beyond what he witnesses in his home. With a family made up of a psychotic mother, a drug-dealing father and a comatose older brother withering away in the spare bedroom, Marty feels trapped.

Next door, wheel-chair bound Sadie Marsh obsessively watches Marty’s comings and goings from her bedroom window, despite her mother’s warning about the evil in that house. Evil which appears to Sadie as huge black-winged creatures.

Marty, emotionally torn by the violence and dysfunction in his family, is drawn to Sadie and her kindly mother. But if he is to save his new friend from the supernatural horror threatening them all, Marty must transform himself from victim to hero. And to do so, he must first confront what lurks hidden in the shadows of his attic.

Holy moly, that sounds good, right? And you can win a copy of the supernatural thriller, WINK. Just leave a comment–maybe answer Eric’s questions. I’d love to know what you think about being good at what you learn.

But just in case you don’t win WINK, check out Eric’s website for more information on where you can find his novel.

And P.S. You’re going to find much more than just a wonderful writer.